International Journal of Automation and Computing 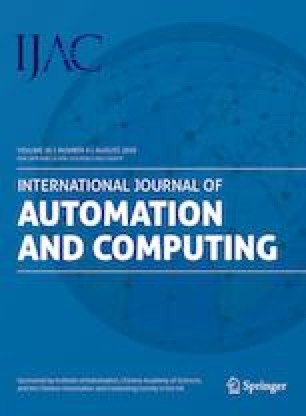 International Journal of Automation and Computing

Single image super-resolution has attracted increasing attention and has a wide range of applications in satellite imaging, medical imaging, computer vision, security surveillance imaging, remote sensing, objection detection, and recognition. Recently, deep learning techniques have emerged and blossomed, producing “the state-of-the-art” in many domains. Due to their capability in feature extraction and mapping, it is very helpful to predict high-frequency details lost in low-resolution images. In this paper, we give an overview of recent advances in deep learning-based models and methods that have been applied to single image super-resolution tasks. We also summarize, compare and discuss various models from the past and present for comprehensive understanding and finally provide open problems and possible directions for future research.

Jin-Chang Ren received the B. Eng. degree in computer software in 1992, the M. Eng. degree in image processing in 1997, the Ph. D. degree in computer vision in 2000, all from the North-western Polytechnical University (NWPU), China. He was also awarded a Ph. D. in electronic imaging and media communication from Bradford University, UK in 2009. Currently, he is with Centre for Signal and Image Processing (CeSIP), University of Strathclyde, UK. He has published over 150 peer reviewed journals and conferences papers. He acts as an associate editor for two international journals including Multidimensional Systems and Signal Processing and International Journal of Pattern Recognition and Artificial Intelligence.

Xin-Ying Xu received the B. Sc. and Ph. D. degrees from the Taiyuan University of Technology, China, in 2002 and 2009, respectively. He is currently a professor with the College of Information Engineering, Taiyuan University of Technology, China. He has published more than 30 academic papers. He is a member of the Chinese Computer Society, and has been a visiting scholar in Department of Computer Science, San Jose State University, USA.

Sophia Zhao received the B. Sc. degree in education from Henan University, China in 1999, and several qualifications from Shipley College, UK during 2003–2005. Currently, she is a research assistant with the Department of Electronic and Electrical Engineering, University of Strathclyde, UK.

Her research interests include image/signal analysis, machine learning and optimisation.

Amir Hussain received the B. Eng. and Ph. D. degrees from the University of Strathclyde in Glasgow, UK, in 1992 and 1997, respectively. Following postdoctoral and academic positions at the Universities of West of Scotland (1996–1998), Dundee (1998–2000) and Stirling (2000-2018), respectively, he joined Edinburgh Napier University (UK) in 2018, as founding director of the Cognitive Big Data and Cybersecurity (CogBiD) Research Laboratory, managing over 25 academic and research staffs. He has been appointed to invited visiting professorships at several Universities and Research and Innovation Centres, including at Anhui University (China) and Taibah Valley (Taibah University, Saudi Arabia). He has (co)authored three international patents, around 400 publications, including over a dozen books and 150 journal papers. He has led major multi-disciplinary research projects, funded by national and European research councils, local and international charities and industry, and supervised more than 35 Ph. D. students. He is founding Editor-in-Chief of (Springer Nature’s) Cognitive Computation journal and BMC Big Data Analytics journal. He has been appointed Associate Editor of several other world-leading journals including, IEEE Transactions on Neural Networks and Learning Systems, (Elsevier’s) Information Fusion journal, IEEE Transactions on Emerging Topics in Computational Intelligence, and IEEE Computational Intelligence Magazine. Amongst other distinguished roles, he is General Chair for IEEE WCCI 2020 (the world’s largest and top IEEE technical event in computational intelligence, comprising IJCNN, FUZZ-IEEE and IEEE CEC), Vice-Chair of Emergent Technologies Technical Committee of the IEEE Computational Intelligence Society, and chapter Chair of the IEEE UK & Ireland, Industry Applications Society Chapter.

His research interests include developing cognitive data science and AI technologies, to engineer the smart and secure systems of tomorrow.

The authors would like acknowledge the support from the Shanxi Hundred People Plan of China and colleagues from the Image Processing Group in Strathclyde University (UK), Anhui University (China) and Taibah Valley (Taibah University, Saudi Arabia) respectively, for their valuable suggestions.