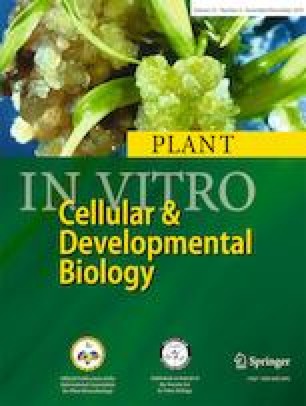 The USDA’s Animal and Plant Health Inspection Service (APHIS) is one of three agencies that govern the importation, interstate movement, or environmental release of certain genetically engineered (GE) organisms. APHIS regulations are in 7 CFR part 340, originally issued in 1987 (https://www.aphis.usda.gov/biotechnology/downloads/7_cfr_340.pdf) and based on the premise that a GE crop could pose a plant pest risk. A major revision was proposed June 6, 2019 (https://www.aphis.usda.gov/brs/fedregister/BRS_20190606.pdf), with public comments accepted for 60 d. Members of the Society for In Vitro Biology (SIVB)—especially within the plant section—are impacted by the current rules and will be impacted by changes. Therefore, the public policy committee studied the changes and prepared a response that was reviewed by the board of directors and submitted to APHIS. APHIS received 6186 comments overall. In general, the SIVB welcomes the proposed revisions, which recognize established scientific guidelines and principles for plant pest risk assessment. In addition, they recognize the safety record accumulated over multiple decades of current GE mechanisms of action (MOA), so the proposed rules include an exemption for new events with established MOA’s in a previously reviewed crop. Further, the proposed rules focus on DNA function and impact rather than its source organism with regulatory review triggered by potential for increased plant pest risk. Most importantly, the proposed revisions codify a light regulatory approach for many applications of genome editing, because these applications result in plants that could otherwise have been developed through traditional breeding techniques or found in nature. If implemented appropriately in the final rule, we find these changes remove many current barriers, and thus are likely to stimulate university and business “startup” innovation. The SIVB recognizes the need for exemption for further model species and gene delivery organisms. Such concerns were adequately expressed by the submitted response. Remaining hurdles for innovative plant incorporated protectants are still problematic. Nevertheless, the SIVB applauds the efforts to update APHIS rules in a scientifically defensible manner. The detailed response is shared below.

International Service for the Acquisition of Agri-biotech Applications

Society for In Vitro Biology

The Society for In Vitro Biology (SIVB) is a professional society devoted to fostering the exchange of knowledge of in vitro biology of cells, tissues, and organs from both plant and animals (including humans). The focus is on biological research, development, and applications of significance to science and society. The SIVB membership is composed of academics ranging from professors to students, industry members, and other interested expert members that work in the area of tissue culture and other biotechnologies. SIVB members have played leading roles in the development, safety evaluation, and deployment of genetically engineered organisms, and these members also tackle similar issues in gene editing.

We have come to understand the plant genome in far more depth than could even be dreamed about when the original CFR 7 part 340 was first adopted over three decades ago. Even though our understanding of the plant genome remains incomplete, it is now amply evident that most of the agricultural concerns related to the use of recombinant DNA in crop plants do not have a strong biological underpinning, as has been borne out by experimental and real-world experience (http://nassites.org/ge-crops/2016/05/17/report/). The experience from the past quarter century, during which a cumulative total of 5.3 billion acres (an area 2.8× the size of the continental USA) had been planted in GE crops by 2017, (ISAAA.org), also makes it clear that the possibility of unreasonable harm from a GE crop was also greatly overestimated in the 1980s.

Therefore, the SIVB applauds the efforts by APHIS to modernize its regulations. While it is unfortunate that the proposed changes do not completely get away from a regulatory trigger based on the process used for modification, they are an improvement and have a stronger scientific foundation than the current part 340 does. These changes also acknowledge that not all risks are created equal and can thus be handled based on the level of risk they pose. Finally, the proposed reforms do a good job of balancing the needs of the developers with the realities of the market place. Accordingly, the SIVB is pleased to provide comments as requested by APHIS.