Journal of Thrombosis and Thrombolysis 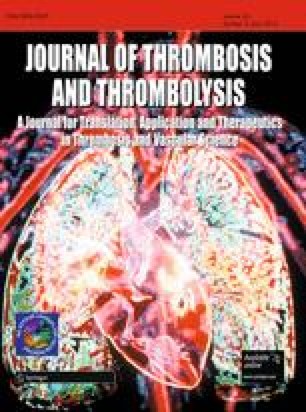 Journal of Thrombosis and Thrombolysis

Article
A 55-year-old male diplomat had been making frequent long-distance flights from Narita (Japan) to the Middle East or the African Continent over a period of 2 years. Each one-way trip took at least 24 h. After one trip (April 2010), the patient noticed that he had developed a dry cough. At the beginning of July 2010, he flew to Kuwait via Paris and Amsterdam, a journey of 34 h. During the patient’s 3-night stay in Kuwait, his cough was exacerbated. He subsequently flew to Algeria via Lebanon and Paris overnight. At the time, Algeria was experiencing a heat wave and the patient developed dyspnea on exertion. By the time the patient was on his way home, 9 days after his initial departure, he could not walk without resting frequently. After returning to Japan, he experienced coughing fits every 15 min. He was admitted to hospital 3 days after his return. The patient was a non-smoker, but his body mass index was 31.8 kg/m 2. The patient’s blood pressure upon arrival in the Emergency Room...

Movie 2, Transesophageal echocardiogram showing the thrombus intruding up into the left ventricle through the mitral valve. Note the thrombus stuck in the patent foramen ovale (PFO). (MPG 832 kb)