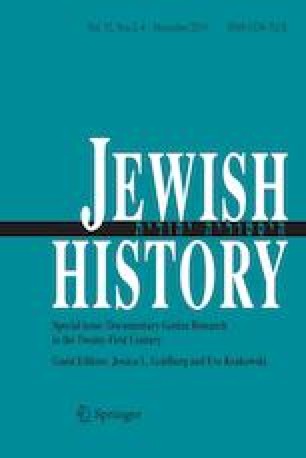 Goitein, the Geniza, and Aspects of Islamic Maritime Laws and Practices

S. D. Goitein left a tangible contribution in many areas relating to the cultural, economic, social, political, and legal history of classical Islam. With three monumental studies—the first volume of A Mediterranean Society, Letters of Medieval Jewish Traders, and India Traders—and numerous academic articles, he also left an indelible imprint on our understanding of the Islamic maritime heritage, providing his readers with a comprehensive overview of this realm, which extended from the Indian Ocean littoral to the eastern shores of the Atlantic, and laying the foundations for further exploration. This essay sheds light on two aspects of Islamic admiralty and maritime law through an examination of two documents published by Goitein in 1960s. The first document is an account statement describing the methods of paying freight charges practiced by shipowners and merchants; the second is a merchant letter discussing among other commercial transactions a point of case law that emerged at journey’s end in Alexandria between the agent of a ship’s proprietor and the merchants/shippers with whom he had contracted. The importance of the letter lies in its relation of a rare and early instance of a ship being assigned a juridical personality and being treated as a judicial entity in order to refund the merchants and shippers on the insolvency of the vessel’s owner.