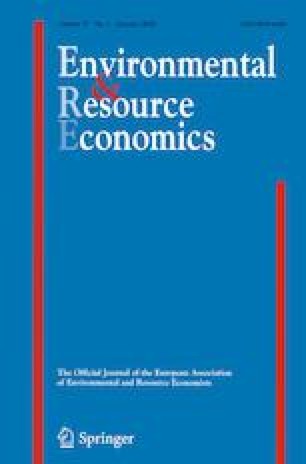 Can monetary policy shocks induce redistribution across natural resource rich and poor states within a federation? We conjecture that resource-rich states are capital intensive, hence their investment is more responsive to changes in monetary policy. Consequently, contractionary monetary policy shocks (e.g., increases in the interest rate) may induce redistribution from resource-poor states to resource-rich ones, via an equalizing federal transfer scheme, because investment is reduced more strongly in the latter. We test these hypotheses using a panel of U.S. states covering several decades, and find that: (1) resource-rich states are significantly and persistently more capital intensive; (2) contractionary monetary policy shocks induce a relative drop (increase) in investment (federal transfers) in resource-rich states, over the course of four years; (3) these patterns are driven by resource-induced differences in the capital share in the economy. We estimate that a one standard deviation contractionary monetary shock induces, within the first year, federal redistribution of approximately \(\$2.5\) billion from the resource-poor to the resource-rich states, representing about \(11\%\) of the total average annual federal transfers received by the latter states.

We use an annual-based, state-level, panel that covers the 50 U.S. states over the period 1969–2007. Unless otherwise specified, variables are based on data from the U.S. Bureau of Economic Analysis and the U.S. Census Bureau. Descriptive statistics for all variables appear in Table 7.

Real per capita capital stock State-level measure of capital stock, divided by state population, in constant prices (Source: Garofalo and Yamarik 2002, including an extension of it available at the second author’s homepage).

Price measure An interaction of the real international oil price in year t and the average share of severance tax revenues in total state tax revenues over the complete sample period (1969–2007).

Resource dummy A dummy variable that captures the states that have an average share of severance tax revenues in total state tax revenues (computed over 1969–2007) above 10%; these include: AK, LA, MT, ND, NM, OK, TX, and WY.

Capital share Capital compensation divided by value added, available for the period 1970–2000 (Source: constructed by the author, as outlined in the text).

Real federal transfers per capita Real transfers from the federal the state governments, divided by state population, examined in total, as well as in the following categories: public welfare, health and hospitals, employment security administration, education, highways, and natural resources.

Real investment per capita Real investment, divided by state population [Source: Garofalo and Yamarik (2002), including an extension of it available at the second author’s homepage].

Unemployment rate The number of unemployed individuals in the state, divided by state population.

Business cycles (Cycle) An indicator for whether the U.S. economy is in a recession (Source: U.S. Federal Reserve).