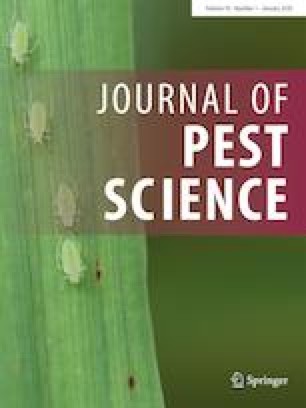 The author would like to include the following changes in the published article.

On page 1040, the sentence should be “Recent studies have described that in S. avenae, the secondary endosymbiont R. insecticola is capable of decreasing the aphid’s population growth rate in a host-dependent manner (Luo et al. 2017a; Da Wang et al. 2016) and of increasing the probability of S. avenae being parasitized by a parasitic wasp (Luo et al. 2017b)”.