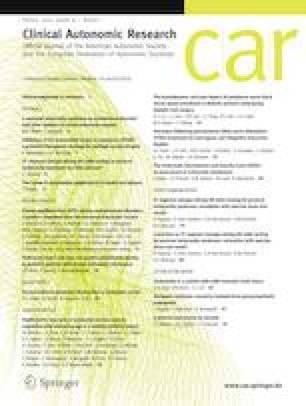 Many people faint. Syncope poses a significant burden to the patient, with a risk of injuries and a reduction in quality of life [1, 2]. It also poses a burden to health care systems, causing 1–2% of emergency department admissions, fruitlessly high admission rates to hospital, and high costs of investigations [3]. Despite this, there are relatively few studies that document syncope impact and numbers at a population level, and even fewer that explore ethnic differences. In this issue of Clinical Autonomic Research, Tan and colleagues [4] provide a beautiful contribution to the field. They reported ethnic differences in lifetime cumulative incidence of syncope in Malaysia, and found large differences in both yearly and lifetime cumulative incidence in the three major Malaysian populations: the ethnic Chinese, ethnic Indian (mainly south Indian Tamils), and the ethnic Malays. The estimates of yearly incidence and lifetime cumulative incidence compare well with both Dutch [5] and Canadian [6] studies, both of which comprise people with predominantly European heritage.

Interestingly, Tan and colleagues [4] reported considerably less syncope in the Chinese population than in Tamils and Malays. What might be the cause of these differences? One possibility is simply how the syncope data were collected. Although the study was thoughtfully designed and conducted, with granular data collected with ethnically and linguistically appropriate face-to-face interviews and highly structured case report forms, patients will admit to syncope only if they understand the term. The authors considered this, but local culture and language might still lead to under-reporting. Even in England there are large regional differences in the uses of the terms black-out, faint, fit, funny turn, funny spell, and collapse. Similarly, patients may need prompting more than once to admit to a distant history of syncope. In our clinic, this is more the rule than the exception, and in Tan et al. [4], this might have led to under-reporting.

A third and possibility is socioeconomic status, which for over 200 years has been known to correlate with symptoms, disease, and outcome. The Whitehall study [7] is a particularly striking example, in which UK civil servants in the higher administrative levels had better outcomes than those in even slightly lower levels. Chinese Malaysians tend to be wealthier than Indian Malaysians and Malays, and their Table 2 documents higher educational achievements as well. Fully 82% of Chinese Malaysians had at least secondary educations, compared to 78% and 55% of Indian Malaysians and Malays, respectively [4].

Might there also be biological causes? Most fundamentally, does vasovagal syncope have genetic causes? There are phenotypic and genetic reasons to think this might be true [8]. Vasovagal syncope seems to cluster in some families, recurs throughout the life of fainters, occurs in only some people, and the clinical phenotype stability is mirrored by the general reproducibility of tilt test results. Twin studies and small genome-wide association studies hint at genetic loci [8]. Candidate gene studies have identified adrenergic signalling pathways that correlate with tilt test outcomes, and a study [9] of seven kindreds identified three candidate genes associated with serotonin and dopamine signalling. Studies of vasovagal syncope, however, have focused on European heritage populations, either in Europe [10, 11, 12, 13] or the Americas [6, 9, 14, 15, 16].

If modern humans have genetic correlates with syncope, then when did modern humans begin to faint? Haplotype analysis can help. Mothers pass on mitochondrial DNA (mtDNA), and fathers pass on Y chromosomal DNA (Y DNA). Both DNAs mutate with time at documented rates and with documented lineages, and the evolution of mtDNA and Y chromosome haplotypes permits us to track the movement of ancestral human populations as they moved from Africa to the rest of the world. Almost all inferences are statistical and the changes in concepts over the years reflect both new findings and the difficulties in sorting out complex population sizes and migrations over the millennia. Given that most of the inferences are statistical and based on modern haplotype distributions, it is not surprising that there is debate about many conclusions.

Nonetheless, the Recent Out Of Africa model [17, 18, 19] posits that all modern human groups now out of Africa derived from a small population of mtDNA L3 people, either shortly before or shortly after they crossed from the Horn of Africa to the Arabian peninsula around 70,000 years ago. They then migrated along the coasts of India and south Asia to Australia, leaving small populations along the way [18]. These became the M peoples. At some early point the N people either arose from the L3 people or the M peoples and may have crossed northern India or central Asian steppes, continuing on to central China. Some of their descendants became the N peoples. Modern Tamils are mostly from M people, modern Han Chinese are mostly N people, and the modern Malays seem to have arisen predominantly from a direct southern migration of N peoples from archaic China 10–30,000 years ago, with a smaller second flow from Taiwan 5000–7000 years ago [20].

Taken together, the Tamil, Han, and Malay populations may have diverged from each other and from the European N peoples as early as 50–70,000 years ago, implying that humans began fainting before some left Africa. Despite this, the populations have a roughly similar cumulative lifetime incidence of syncope of 25–40%, a remarkably stable proportion for a trait with a survival benefit that does not quickly come to mind. Syncope in these ancient and genetically distinct populations raises several interesting questions. Do fainting Malaysian parents of different backgrounds confer the same risk of syncope to their children as reported for Canadian parents of predominantly European heritage? [6] Are the same candidate genes associated with positive tilt tests in the different Malaysian populations as those from Polish [11, 12, 13] and Mexican [14, 15, 16] populations? If so, then vasovagal syncope has its roots deep in the history of modern humans. Finally, are the same alleles associated with clinical vasovagal syncope in all the Malaysian populations as in European–Canadians? This is critical, because these three genes—the serotonin transporter, the serotonin 1A receptor, and catecholamine O-methyltransferase—have different effects on syncope likelihood in men and women [9]. Tan et al. [4] carefully documented the incidence of syncope in several populations many thousands of years apart, and in doing so lay the groundwork for fundamentally important work in the future.