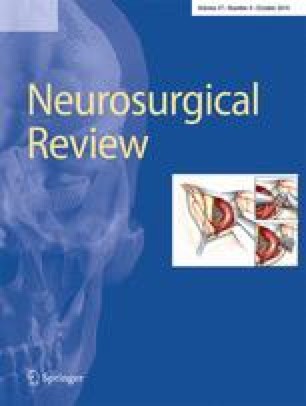 In this study, the authors describe their technique for fenestrating the anterior petroclinoid fold to permit safe clip reconstruction of select posterior communicating artery (PCoA) aneurysms. The authors have utilized this surgical maneuver in nine cases out of 86 PCoA aneurysms treated surgically over the past 10 years. Their indication for this technique are those aneurysms in which the petroclinoid fold obscured visualization for proximal control or clip placement and the carotid artery was too tortuous or atherosclerotic to allow for medial mobilization. An excellent illustration and several instructive intraoperative photos are included which demonstrate the technique. Their results have been excellent with only one partial third nerve palsy that resolved during the follow-up period. Although I suspect that many neurosurgeons have used a variation of this technique when dealing with these aneurysms, this is a well-written report describing a very useful intraoperative maneuver. I believe every aneurysm surgeon will want to keep this move in their bag of tricks if the need arises.

The authors present a technical report describing the fenestration of the anterior petroclinoid ligament to enhance aneurysmal neck visualization for clipping of select PCOMM aneurysms. They used this operative maneuver for ∼10 % of their PCOMM aneurysms over a 10-year experience and noted that it was most useful when tortuosity/atherosclerosis of the supraclinoid ICA displaced the origin of the PCOMM laterally and underneath the anterior petroclinoid ligament. They do an excellent job describing the indications for this maneuver and the technical nuances to how it is accomplished.

Critically, the third nerve must be identified before this fenestration is attempted in order to not cause unintended morbidity. The illustrations and intraoperative pictures are quite well done and helpful. Lastly, and importantly, the authors stress that this maneuver does not replace an anterior clinoidectomy, which has entirely different indications.