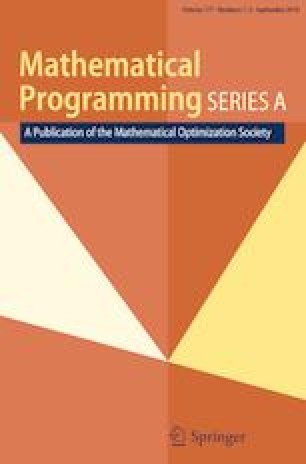 In the last two decades, a steady stream of research has been devoted to studying various computational aspects of the ordered k-median problem, which subsumes traditional facility location problems (such as median, center, p-centrum, etc.) through a unified modeling approach. Given a finite metric space, the objective is to locate k facilities in order to minimize the ordered median cost function. In its general form, this function penalizes the coverage distance of each vertex by a multiplicative weight, depending on its ranking (or percentile) in the ordered list of all coverage distances. While antecedent literature has focused on mathematical properties of ordered median functions, integer programming methods, various heuristics, and special cases, this problem was not studied thus far through the lens of approximation algorithms. In particular, even on simple network topologies, such as trees or line graphs, obtaining non-trivial approximation guarantees is an open question. The main contribution of this paper is to devise the first provably-good approximation algorithms for the ordered k-median problem. We develop a novel approach that relies primarily on a surrogate model, where the ordered median function is replaced by a simplified ranking-invariant functional form, via efficient enumeration. Surprisingly, while this surrogate model is \(\varOmega ( n^{ \varOmega (1) } )\)-hard to approximate on general metrics, we obtain an \(O(\log n)\)-approximation for our original problem by employing local search methods on a smooth variant of the surrogate function. In addition, an improved guarantee of \(2+\epsilon \) is obtained on tree metrics by optimally solving the surrogate model through dynamic programming. Finally, we show that the latter optimality gap is tight up to an \(O(\epsilon )\) term.

We would like to thank Mathematical Programming’s review team for a host of technical and editorial comments, that have assisted us in improving the presentation of our results. In particular, we are grateful to an anonymous reviewer, who proposed a direct and elegant way to derive Theorem 3, substituting a more involved proof that appeared in an early version of this paper. 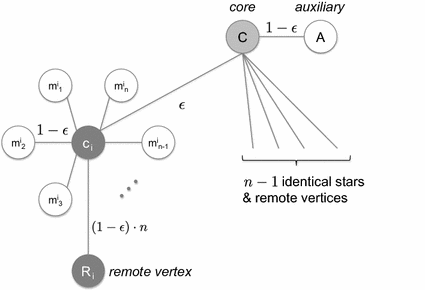 Inapproximability of the surrogate problem

To establish the claim, we describe a gap-preserving reduction from the dominating set problem. Given an undirected graph \(G = (V,E)\), a subset of vertices \(D \subseteq V\) is a dominating set if every vertex not in D is adjacent to at least one member of D. The objective is to compute a minimum-cardinality dominating set. We utilize a well-known inapproximability result of Feige [24], stating that the set cover problem cannot be efficiently approximated within factor \((1-\epsilon )\cdot \ln n\) for any \(\epsilon \in (0,1)\), unless \(\mathrm {NP} \subseteq \mathrm {TIME}(n^{O(\log \log n)})\). When this result is translated to dominating set terms, including the precise parameters involved in Feige’s construction, one can infer that there exists a constant \(\delta \in (0,1)\) such that it is hard to distinguish between graphs with \(\gamma (G) \le n^{\delta }\) and those with \(\gamma (G) \ge n^{\delta }\cdot (1-\epsilon )\cdot \ln n\) under the same complexity assumption, where \(\gamma (G)\) stands for the minimum cardinality of a dominating set in G.

It is worth mentioning that our reduction creates instances of the surrogate model where the ratio between the maximum and minimum values of \(\lambda _{\mathrm {sg}}\) is O(n), similar to the instances created by the algorithm we present in Sect. 3.1.

We begin by characterizing the set of optimal solutions to the instance constructed above.

Any optimal set of facilities for the ordered k-median problem on \({{\mathcal {T}}}(n)\) is comprised of the core vertex C and \(n-1\) remote vertices.

Case 3\({{\mathcal {F}}} \subseteq \{C,A,c_1,\ldots ,c_n\}\). In this case, every star either holds a single facility at its center, or does not contain any facility. Given that facilities are either placed at the center vertices or at two other locations, namely the core vertex C and the auxiliary vertex A, and the optimal solution makes use of n facilities, there are at least \(n-2\) stars holding a vertex at their center. We now pick f as a vertex in \({{\mathcal {F}}}\) that does not correspond to the center of a star (i.e., either the core vertex C or the auxiliary vertex A, since \({{\mathcal {F}}}\) has at most \(n-1\) facilities in the centers \(\{c_1,\ldots ,c_n\}\)), and relocate it to a free center \(c_{i_1}\). The next claim is proven in Appendix C.6.