Surgical Endoscopy And Other Interventional Techniques 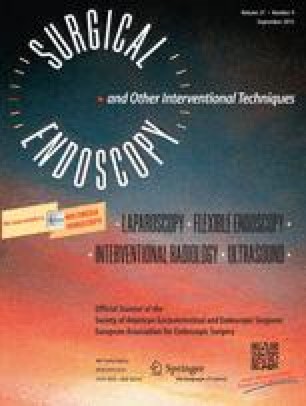 Surgical Endoscopy And Other Interventional Techniques

Bile Duct Clinical Condition Common Bile Duct Laparoscopic Cholecystectomy Ultrasound Examination
These keywords were added by machine and not by the authors. This process is experimental and the keywords may be updated as the learning algorithm improves.
This is a preview of subscription content, log in to check access.