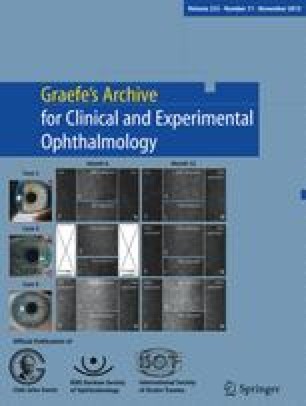 The Argus® II retinal prosthesis system has entered mainstream treatment for patients blind from Retinitis Pigmentosa (RP). We set out to evaluate the use of this system by blind subjects to achieve object localisation and prehension in 3-dimensional space.

This is a single-centre, prospective, internally-controlled case series involving 5 blind RP subjects who received the Argus® II implant. The subjects were instructed to visually locate, reach and grasp (i.e. prehension) a small white cuboid object placed at random locations on a black worktop. A flashing LED beacon was attached to the reaching index finger (as a finger marker) to assess the effect of enhanced finger visualisation on performance. Tasks were performed with the prosthesis switched “on” or “off” and with the finger marker switched “on” or “off”. Forty-eight trials were performed per subject. Trajectory of each subject’s hand movement during the task was recorded by a 3D motion-capture unit (Qualysis®, see supplementary video) and analysed using a MATLAB script.

Argus® II subjects were able to achieve object localisation and prehension better with their prosthesis switched on than off.

The authors acknowledge financial support from the Department of Health through the award made by the National Institute for Health Research to Moorfields Eye Hospital National Health Service (NHS) Foundation Trust and University College London (UCL) Institute of Ophthalmology for a Specialist Biomedical Research Centre for Ophthalmology.

The authors would also like to thank Dr. Aachal Kotecha for her scientific advice and support in the setup and use of the ProReflex® Motion Capture system (Qualisys, Sweden).

The authors have no financial disclosures.

A 3D motion capture video (ProReflex® Motion Capture system, Qualysis) of an Argus® II subject carrying out the prehension task with the retinal prosthesis switched on. At the beginning of the video, the zoomed out view showed the relative positions of the 3 specialised ProReflex® infrared cameras triangulated above the worktop to enable capturing of all the movements within the worktop area. At the start of the task, the subject's hand was positioned at the pre-determined start point (shown as the conjoining point of the x, y and z axis). The subject's thumb, forefinger and wrist were marked with 3 infrared (IR) retro-reflective markers, which were labelled as green, blue and lilac dots respectively. The target object was placed at a random location on the worktop, and was also marked with an IR retro-reflective marker (labelled as the yellow dot). During the task, the subject was instructed to visually locate the target object, reach out and grasp the object, place the object to one side before returning the hand to the start point. The timeline at the bottom of the video showed that for the first 16 seconds, the subject's hand remained at the start point while he was searching for the target object. Once the target object was located, he reached out his hand towards the target and grasped the object between his thumb and forefinger successfully at the 17th second, as shown by the motion capture video. (MPG 6254 kb)