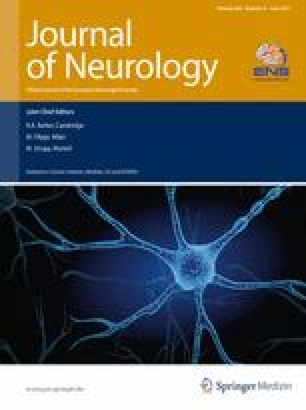 Isolated floccular infarction is extremely rare, and impairments of the vestibulo-ocular reflex (VOR) have not been explored in humans with isolated floccular lesions. The purpose of this study was to examine and report selective impairment of VOR in response to high acceleration using head impulse in a patient with isolated floccular infarction. The patient underwent bedside and laboratory evaluation of vestibular function, which included video-oculography, ocular torsion and the subjective visual vertical, cervical and ocular vestibular-evoked myogenic potentials, bithermal caloric irrigation, rotatory chair test, and the head impulse test (HIT) using search coils. A 70-year-old woman with a unilateral floccular infarction presented with an acute vestibular syndrome with spontaneous nystagmus beating to the lesion side, impaired ipsilesional pursuit, contraversive ocular torsion and tilt of the subjective visual vertical. With rotatory chair testing at low frequencies, horizontal VOR gains were increased. However, VOR gains were decreased with the higher-frequency, higher-speed HIT. While HIT is often normal in patients with central vestibular disorders, decreased HIT responses do not exclude an isolated cerebellar lesion as a cause of the acute vestibular syndrome.

This study was supported by a grant of Korea Medical Device Industrial Cooperative Association. Dr. Park reports no disclosures. Dr. Kim serves as an Associate Editor of Frontiers in Neuro-otology and on the Editorial Boards of the Journal of Korean Society of Clinical Neurophysiology, Research in Vestibular Science, Journal of Clinical Neurology, Frontiers in Neuro-ophthalmology, Journal of Neuro-ophthalmology, and Case Reports in Ophthalmological Medicine; and received research support from SK Chemicals, Co. Ltd., Dr. Strupp is Joint Editor-in-Chief of the Journal of Neurology and Editor-in-Chief of Frontiers of Neurology. He received research support from the German Ministry of Education and Research (BMBF) and the Deutsche Forschungsgemeinschaft (DFG) as well as from Abbott, Biogen Idec, and Pfizer. He received speaker’s honoraria from Abbott, GSK, Biogen Idec, Merck Serono, TEVA, and UCB. Dr. Zee receives research support from the National Institutes of Health and is an Associate Editor of Frontiers in Neurootology and a member of the Editorial Board of The Cerebellum. He received speaker’s honoraria from Abbott, Sun pharmaceuticals and from the American Academy of Neurology.