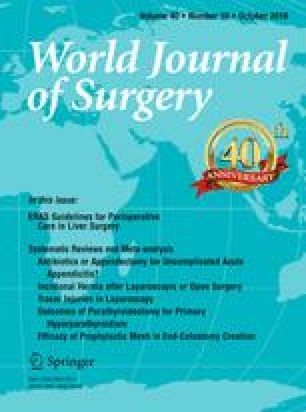 Major complications of thyroid and parathyroid surgery are recurrent laryngeal nerve injuries and definitive hypoparathyroidism. The use of intra-operative Indocyanine Green Angiography for confirmation of vascular status of the parathyroid gland is reported here.

A clinical series of cases using this technique was presented during the 2015 IAES meeting at the 46th World Congress of Surgery: “Subtotal Parathyroidectomy with Indocyanine Green Angiography demonstrates good function of the parathyroid remnant”.

Indocyanine Green (ICG) angiography was first used in the detection of macular degeneration [3]. Then the angiography was coupled with an infrared camera to search for sentinel lymph nodes, to dictate the extent of oncologic resections and to study hepatic function [4]. Recent studies have shown its use in bowel surgery to evaluate the vascular blood flow of anastomosis.

ICG is a 775-Dalton-sized molecule with a maximum absorption spectrum of 805 nm and with re-emission at 835 nm. It is completely fixed to plasmatic proteins once in the blood stream and circulates only in the intravascular compartment. Its half-life is 3–5 min and elimination occurs within 15–20 min by the liver. ICG is mixed with 10 mL of sterile water, and 3.5 mL (0.3 mg/kg) of it is injected intravenously. The injection can be repeated until a maximum toxic dose of 5 mg/kg per day is reached. Reactions to the molecule are rare and fatal allergies have been reported in 1/333,000 of cases. The catheter is purged after each injection for rapid image gain. After 1–2 min approximately, images are acquired using a laparoscopic PinPoint camera (Novadaq, Ontario, Canada). Using the fluorescence emitted by ICG, angiographic images are viewed on the screen in a black and white scale or as conventional images with superposed green fluorescence.

Patients underwent subtotal parathyroidectomy according to a standard procedure that includes an anterior cervicotomy, bilateral neck exploration with identification of the 4 parathyroid glands and neuromonitoring of the recurrent laryngeal nerve by nerve integrity monitor (NIM) and occasionally by automatic periodic stimulation (APS, continuous). The search for ectopic glands was performed according to known principles of parathyroid exploration (thymic or para-esophageal exploration depending on the gland missing).

Criteria such as anatomic localization, vascularization and morphological aspect of the glands were used to select which gland will be subtotally resected (ideally inferior, small, or the gland with no macroscopic nodule). Subtotal parathyroidectomy was performed by placing clips anterior to the resection site of the glands. Special attention was given to avoid placing clips on the parathyroid hilum. Prior to resection of the parathyroid glands, perfusion of the remaining remnant was controlled by injection of 3.5 mL of the ICG solution (Fig. 2).

These images show the level of perfusion of each remnant in between the clips and enable the choice of the best functional one. After final confirmation of a well-perfused remnant, the non-perfused parathyroid tissue can then be safely resected with scissors, and the other glands removed. Depending on the findings of surgery, a thymectomy was performed. The entire technique is shown in Video 4 and another example was published by our group [5].

Another use of ICG angiography is during thyroid surgery, to evaluate parathyroid gland function. Transient hypocalcaemia is frequent and has been described in 15–30 % of patients; however permanent hypocalcaemia after thyroidectomy has been reported in 1–3 % of patients. Our group has performed a study to evaluate parathyroid gland function and to ascertain the absence of post-operative hypoparathyroidism in patients who underwent total thyroidectomy and in whom at least one well-perfused gland was found on ICG angiography [6]. These preliminary results showed that all 30 patients had PTH levels in the normal range on post-operative days 1 and 10. Furthermore, preliminary studies performed in nine patients who underwent subtotal parathyroidectomy and had confirmed well-perfused remnant by ICG angiography showed that their PTH levels dropped to 76 ± 6.5 % from the preoperative levels and that at follow-up, all of them had calcium and PTH levels in the normal range.

In conclusion, these findings suggest a correlation between parathyroid perfusion and post-operative parathyroid function. Further studies are needed to validate ICG angiography as a tool to assess the function of the parathyroid glands in real time during parathyroid and thyroid surgery. In the future, new applications with this technique will be widely used and performed in endocrine neck surgery to help surgeons with intra-operative decision-making.

The authors have no conflict of interests to declare.

Video 2. Representative video sequence of an incision procedure of a devascularized parathyroid gland in the situation of discordance between visual and ICG findings. In this case, the evaluation showed a visually well-perfused gland but after indocyanine green angiography, a score of ICG = 0 was obtained. Supplementary material 2 (MP4 29951 kb)

268_2016_3493_MOESM3_ESM.mp4 (24.8 mb)
Video 3. Representative video sequence of indocyanine green angiography of a moderately well-vascularized and a well-vascularized parathyroid gland showing first a score of ICG = 1 in the right upper gland and then a ICG = 2 in the right lower gland of the same patient. Supplementary material 3 (MP4 25391 kb)