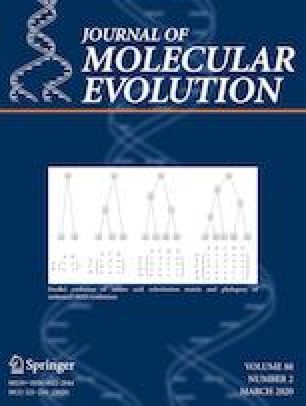 Hai-cheng Li and Hui-xin Guo contributed equally to this work.

Tuberculosis (TB) is an infectious disease usually caused by Mycobacterium tuberculosis (M. tuberculosis) infection (Zaman 2010). According to a World Health Organization (WHO) report, there were 10 million new cases of TB and 1.3 million deaths as a result of TB in 2017. In India, China, and Indonesia, the total number of people with TB accounts for 44% of the cases worldwide. In China, about 889,000 TB cases were reported, accounting for 9% of the cases worldwide (WHO 2018). Therefore, the prevention of TB remains an urgent task. In recent years, the global TB epidemic has declined. Multidrug-resistant TB (MDR-TB) refers to TB that is resistant to two or more anti-TB drugs, such as rifampicin and isoniazid (Seung et al. 2015). The clinical abuse of anti-TB drugs has led to an increasing number of drug-resistant strains. Moreover, the failure rate of MDR-TB treatment is significantly higher than that at which susceptible bacteria are infected with TB (Ormerod 2005). As such, the development and testing of new drugs are direly needed to enable more timely and effective treatment of MDR-TB.

Levofloxacin (LOF) is a third-generation fluorinated quinolone antibiotic that is an optically active L-isomer of the racemate ofloxacin (Moorthy et al. 2008). LOF plays an important role in inhibiting the activity of the M. tuberculosis gyrase, which severely blocks the replication process of DNA. Therefore, this drug could effectively promote DNA degradation and kill bacteria in a short period time (Collin et al. 2011). The bactericidal activity of this molecule against intracellular and extracellular M. tuberculosis could be more than twice that of ofloxacin (McGregor et al. 2008). In recent years, it has been clinically proposed that LOF can directly inhibit the metabolism of Mycolic acid in mycobacteria (Ghimire et al. 2016). Thus, it plays a therapeutic role in treating TB. In clinical practice, LOF is an ideal anti-TB drug without any cross-resistance in combination with other clinically applied anti-TB drugs (Richeldi et al. 2002). However, evidence of the detailed molecular mechanisms of LOF resistance in TB is still insufficient.

In this study, the wild-type M. tuberculosis H37Rv strain was obtained from the Sample Bank of the Reference Laboratory of Guangdong Province and preserved in Löwenstein–Jensen (LJ) medium (Thermo Fisher Scientific, USA) at 37 °C for 4 weeks. Subsequently, a monoclone was chosen. The monoclonal agglomerate was dispersed and diluted to 1 Mech turbidity using a bacterial ultrasonic dispersion counter. The prepared bacterial solution was inoculated with LJ medium for amplification. This generation of strain was designated as the primary G0. The WHO criteria (Guidelines for surveillance of drug resistance in tuberculosis. WHO Geneva/IUATLD Paris. International Union Against Tuberculosis and Lung Disease 1998) for LOF-resistant strains suggested that M. tuberculosis H37Rv strains could survive in a medium containing LOF at 2.0 μg/mL. Therefore, the G0 strain was further cultured in LJ medium at 37 °C for 4 weeks with 2.0 μg/mL LOF (Sigma-Aldrich, USA). The drug-resistant strain was named the G1 generation. The same steps were repeated until G4 strains obtained, which satisfied the criteria provided by the WHO. Subsequently, three more generations of the drug-resistant G4 strains and the wild-type M. tuberculosis H37Rv strain were cultured under identical conditions (LJ medium at 37 °C for 4 weeks per generation). LOF-resistant G7 strains and the wild-type M. tuberculosis H37Rv strain were designated as the LOF-resistant group and control group, respectively. Bacteria in both groups were stored at − 80 °C for further DNA and RNA extraction.

A heat map of DEGs and DMGs was created using the Cluster 3.0 software (USA) (FDR ≤ 0.001 and |log2 ratio| ≥ 1). KEGG signaling pathway analysis was conducted using the KOBAS software (version 3.0, https://kobas.cbi.pku.edu.cn/). The protein–protein interaction network analysis was based on the Search Tool for the Retrieval of Interacting Genes (STRING) (version 11.0, https://string-db.org/).

Data were expressed as mean ± SD. Spearman’s linear regression analysis was applied to identify the correlation between differential methylation and gene expression levels. A probability value of P < 0.05 was considered statistically significant.

In this study, the results suggested that 953 genes could be retrieved to be differentially expressed between the LOF-resistant and control groups (Fig. 1a and Table S1). Of these 953 DEGs, in the LOF-resistant group, 514 were significantly downregulated, and 439 were significantly upregulated. Moreover, all 953 DEGs were involved in 97 KEGG pathways and enriched in this study. In Fig. 1b and Table S2, enriched metabolic pathways (mtu01100) with 111 DEGs, biosynthesis of secondary metabolites (mtu01110) with 49 DEGs, and microbial metabolism in diverse environments (mtu01120) with 43 DEGs were presented; these pathways are significant to the further study of LOF resistance in M. tuberculosis H37Rv using transcriptome analysis.

In this study, 239 DMGs were identified (Table S3). In the LOF-resistant group, 150 DMGs were hypomethylated, and 89 DMGs were hypermethylated (Fig. 2a). Furthermore, the KEGG pathway analysis of these DMGs was conducted. The results indicate that all 239 DMGs were involved in 74 KEGG pathways (Fig. 2b and Table S4), including metabolic pathways (mtu01100) with 67 DMGs, biosynthesis of secondary metabolites (mtu01110) with 32 DMGs, and biosynthesis of antibiotics (mtu01130) with 25 DMGs; these pathways are significant to the further study of LOF resistance in M. tuberculosis H37Rv under methylome analysis.

Overlap of Transcriptome and Methylome and Function Analysis

In order to obtain the overlapping genes of the DEGs and DMGs, we compared the two datasets. We obtained 25 overlapping genes (Table S5) after analyzing these two datasets. Of these 25 genes, 16 genes expressed upregulation and hypomethylation in the LOF-resistant group compared with those in the control group. Nine genes expressed downregulation and hypermethylation in the LOF-resistant group compared with those in the control group. These results were consistent with a previous study indicating that DNA hypomethylated and hypermethylated genes could promote and inhibit gene expression (Moore et al. 2013). In this study, we examined the associations among 25 overlapping genes between transcriptome and methylome. The results indicate that DMGs were negatively correlated with mRNA abundance (Fig. 3), which quantitatively verifies the negative relationship between methylation and gene expression in the LOF-resistant M. tuberculosis H37Rv strain.
In order to further study the functions of DMGs, all 25 genes were searched against the STRING database, as presented in Figure S1. It is notable that the hypermethylated genes fadE4 (Rv0231), php (Rv0230c), pgi (Rv0946c), pckA (Rv0211), and pfkB (Rv2029c) interacted within various protein–protein interaction modules (Fig. 4). Additionally, these 25 genes were subjected to the KEGG pathway analysis, from which 25 signaling pathways were obtained (Table S6), including biosynthesis of antibiotics (mtu01130) with five genes and biosynthesis of secondary metabolites (mtu01110) with five genes; these pathways are significant to the further study of LOF resistance in M. tuberculosis H37Rv using a combination of transcriptome and methylome analysis. The result of protein–protein interaction (PPI) analysis would provide potential information regarding the associations of various M. tuberculosis proteins with levofloxacin resistance, which are valuable and warrant further research.

The treatment of MDR-TB is a difficult problem in current TB control. MDR-TB treatment has obvious disadvantages, such as high cost, low cure rate, and high mortality rate. Therefore, MDR-TB poses a significant threat to public health (Migliori et al. 2010). LOF has been proven effective in treating TB, which has been the subject of clinical trials to improve dosage amounts (Tiberi et al. 2018). According to the results obtained by Ghimire et al., there are several advantages of using LOF to treat MDR-TB. First, the concentration of LOF in tissues, such as sputum, bronchial mucosa, and lung tissue, could exceed that in the blood. Second, LOF could easily kill M. tuberculosis in macrophages. Third, continuous delivery of this drug has no accumulation tendency (Ghimire et al. 2016). Therefore, LOF could be an optimal drug for MDR-TB treatments and thus is in phase II trials (NTC01918397). However, the basic molecular mechanisms of LOF resistance in TB treatment have not been fully demonstrated.

In this study, we have studied transcriptome and methylome atlases of LOF-resistant M. tuberculosis H37Rv compared with the control group. The results suggested that 953 DEGs and 239 DMGs were obtained between the LOF-resistant and control groups. This result suggests that LOF resistance affects the change of internal regulation networks in M. tuberculosis H37Rv. Epigenetic abnormalities provide an alternative mechanism for transcriptional silencing. Therefore, we have focused on genes with downregulated mRNA expressions and upregulated methylation levels in both the LOF-resistant and control groups. Nine genes were identified: pgi (Rv0946c), fadE4 (Rv0231), php (Rv0230c), cyp132 (Rv1394c), pckA (Rv0211), rpmB1 (Rv0105c), pfkB (Rv2029c), acg (Rv2032), and ctpF (Rv1997).

In M. tuberculosis H37Rv, pgi (Rv0946c) encodes a protein belonging to glucose-6-phosphate isomerase, which catalyzes the interconversion of d-glucopyranose 6-phosphate and β-d-fructofuranose 6-phosphate. This process is an essential step of the glycolysis and gluconeogenesis pathways. Apart from its enzymatic functions, pgi (Rv0946c) also has a number of other functions, including being an autocrine motility factor (AMF), a neuroleukin (NLK) agent, a serine proteinase inhibitor, and a differentiation and maturation mediator. As in most organisms, pgi (Rv0946c) is essential for the survival of M. tuberculosis in macrophages (Sassetti et al. 2003). Furthermore, a previous study demonstrated that cyp132 (Rv1394c) plays a crucial role in Rv1395’s regulator function in cytochrome P450 regulation in M. tuberculosis (Recchi et al. 2003). Recchi et al. (2003) suggested that Rv1395 could bind to two adjacent sites located between two divergent genes: a cytochrome P450 gene—cyp132 (Rv1394c) and the Rv1395 gene itself. Rv1395 could induce the expression of the cytochrome P450 gene (cyp132) and repress its own transcription. Previous studies of metabolism in M. tuberculosis suggested that pckA (Rv0211) in M. tuberculosis can be related to anaplerotic and gluconeogenic routes. This suggests that pckA (Rv0211) might be related to the regulation of metabolic adaptations of central metabolism in various environments of M. tuberculosis (Beste et al. 2011; Watanabe et al. 2011). Moreover, as a member of the DOS regulator, the expression of pfkB (Rv2029c) is upregulated in hypoxia conditions and macrophages (Shi et al. 2016). The results of the mutation screening revealed that pfkB (Rv2029c) is not related to M. tuberculosis growth in vitro or in vivo (Phong et al. 2013; Sassetti and Rubin 2003). A previous study revealed that this gene encodes 6-phosphate fructokinase (pfkB), which is involved in the conversion of sugar 1-p into sugar 1,6-P (Phong et al. 2013). Recently, this protein was identified as a potential vaccine candidate (Zvi et al. 2008). Therefore, pfkB (Rv2029c) is potentially essential in vaccine development in M. tuberculosis treatment. Combined with the network of protein–protein interaction, we can also confirm that the hypermethylated genes cyp132 (Rv1394c), pckA (Rv0211), and pfkB (Rv2029c) were essential in M. tuberculosis H37Rv with LOF resistance. The above genes were both enriched in biosynthesis of antibiotics (mtu01130) and biosynthesis of secondary metabolites (mtu01110) pathways in the LOF-resistant M. tuberculosis H37Rv group, which could be essential for the future study of M. tuberculosis treatment. In summary, multiple molecular mechanisms could facilitate in understanding the LOF-resistant mechanisms of M. tuberculosis H37Rv when mediated by methylation. Each of the genes identified in this study could be essential for future treatments of MDR-TB.

All authors declare no conflict of interest.