The Annals of Regional Science 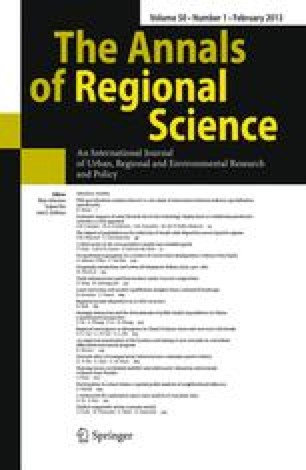 The Annals of Regional Science

Consider a two-stage non-cooperative Cournot game with location choice involving r firms. There are n spatially separated markets located at the vertices of a network. Each firm, first selects the location of a facility and then selects the quantities to supply to the markets in order to maximize its profit. Non-zero conjectural variation at the second stage in the model by Sarkar et al. (1997) is studied. When the demand in each market is sufficiently large, equilibrium in the quantities offered by each firm in the markets exists. Furthermore, each firm chooses to locate its facility at the vertices.